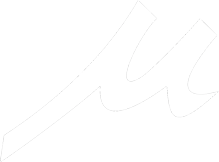 In benchmarking, it is not only useful to study the acoustic performance of a whole vehicle, but also to assess separate components such as the engine. The engine bay often bias the acoustic radiation estimated with traditional sound pressure based solutions. Consequently, most current methods require dismounting the engine from the car and installing it in an anechoic room through a laborious process in order to measure the sound power emitted .

In this paper, two particle velocity based methods are proposed to characterize the sound radiated from an engine while it is still installed in the car. Particle velocity sensors are much less affected by reflections than sound pressure microphones when the measurements are performed near a radiating surface due to the particle velocity's vector nature, intrinsic dependency upon surface displacement and directivity of the sensor. Therefore, the engine does not have to be disassembled, which saves time and money. An array of special high temperature particle velocity probes is used to measure the radiation simultaneously at many positions near the engine of a compact class car. The particularities of these probes, the mountings used, and the actions taken to cope with disturbances such as airflow are described in this paper.

The effective sound pressure is calculated with a particle velocity based transfer path analysis method and a novel sound power based method. To validate these techniques, the data obtained is compared to the results acquired in an anechoic room with a dismounted engine. It is shown that similar results can be obtained with both methods but that the sound power based methodology seems more practical. It is a straightforward and fast approach to characterize the average sound pressure level at certain distance.